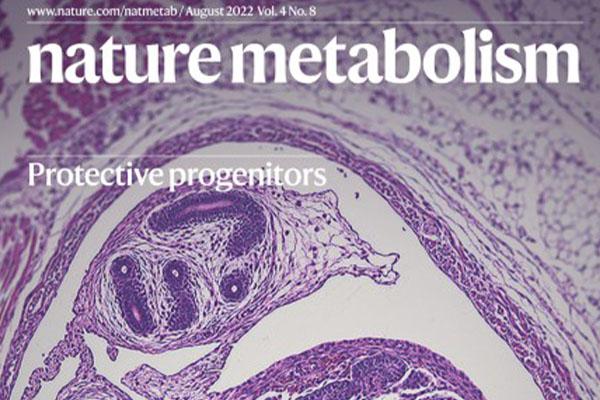 Healthy expansion of white adipose tissue in obesity is critical to insure safe energy storage and the prevention of metabolic disease.  A new study, published in Nature Metabolism by the Gupta laboratory reveals that adipocyte progenitor cells that control adipose tissue growth and expansion in adulthood emerge very early during the perinatal developmental period and that altering the function of developmental precursors early in life has long lasting effects into adulthood.

In this new study, Zhang et al. use single-cell technology to reveal that FIPs emerge early in mouse adipose tissue development but exert a different phenotype than their adult counterparts.  Perinatal FIPs are less pro-inflammatory and do not block differentiation from APCs.  Instead, perinatal FIPs can undergo adipocyte differentiation but lose their potential with age.

Remarkably, the authors also find that enforced expression of PPARγ, the master activator of adipocyte differentiation, in progenitor cells only during the first week of life results in durable changes in the function of FIPs well into adulthood. Specifically, adult adipose tissue from mice transiently overexpressing PPARγ displayed smaller and more numerous adipocytes, which are associated with prevention of ectopic lipid deposition, maintenance of protective adipokine secretion, and a lower degree of tissue inflammation. This perinatal programming of adipose progenitors was able to protect mice from high-fat-diet-induced glucose intolerance and insulin resistance once they became adults. As such, these findings demonstrate that early alterations in adipose tissue progenitor cells can have long-lasting effects on adult adipose tissue and systemic metabolism. The findings establish the concept that durable protective metabolic effects can be conferred by manipulating adipose progenitors during the perinatal period.

Read more about this new discovery in a preview article by Corvera.